You are here: Home / Easter / 5 Miracles that Happened when Jesus Died on the Cross

The day that changed everything.

Jesus died on the cross.

There was no other way for the door to be opened for us to have relationship with God, but by the forgiveness of our own sin, through Christ’s payment on our behalf. And it was a day of miracles…

5 Miraculous Things that Happened when Jesus Died on the Cross:

– “Darkness came over all the land.” (Matthew 27:25) From noon on Friday until 3 pm, the skies grew dark. It’s hard to imagine what the people were feeling when they saw this happen, but I would think that some became fearful, terrified, realizing what they’d done, and that Jesus was indeed who He said He was. This was a very real picture of both physical and spiritual darkness that occurs without belief in Christ. Even nature all around gave testimony of who Christ was and the grief of what was happening.

– At the very moment that Jesus breathed his last breath, the Temple veil that covered the entrance to the Holy of Holies, the actual dwelling place of God among the people, was torn in 2 from top to bottom. (Matthew 27:51) Sometimes in our minds, we picture a thin veil covering this entrance, but history records that the veil was actually about 60 feet tall and up to 4″ in thickness. The size of the veil would have made it impossible for any human to tear this in 2 pieces. This was a complete miracle from God’s hand, signifying that He had opened the door for us to come in and have relationship with Him. Jesus paid the ultimate sacrifice so the veil, or separation, was no longer needed. We can now enter His presence through Christ Himself.

– “The earth shook and the rocks split.” (Matthew 27:51) A huge earthquake shook the land right at the very time Christ died. The Bible says that at the exact time of Jesus’ death, the earth trembled. The whole earth cried out for the death of the Savior. God tells us in Luke 19:40, if we stay silent, even “the stones will cry out.”

– Graves opened up and the saints came out and after the resurrection they appeared to many people. (Matthew 27:52-53) Can you imagine what this looked like? The dead arose when Jesus died. God brought to life what was dead to fulfill His purposes. Again He reminds us that the final victory of Christ conquered death. He is Lord over all. He reigns victorious over sin and death!

– Lives were changed. Many began to realize who Jesus really was, the truth revealed, they could no longer deny it. Matthew 27:54 says, “When the centurion and those with him who were guarding Jesus saw the earthquake and all that had happened, they were terrified, and exclaimed, Surely he was the Son of God!” The realization sank deep. The Truth that had the power to change lives. To make all things new. To offer fresh starts, new beginnings, forgiveness, and purpose.

“If you confess with you mouth Jesus and Lord and believe in your heart God raised him from the dead, you will be saved.” Rom. 10:9

It’s that simple. Yet so profound. The most powerful story ever told… 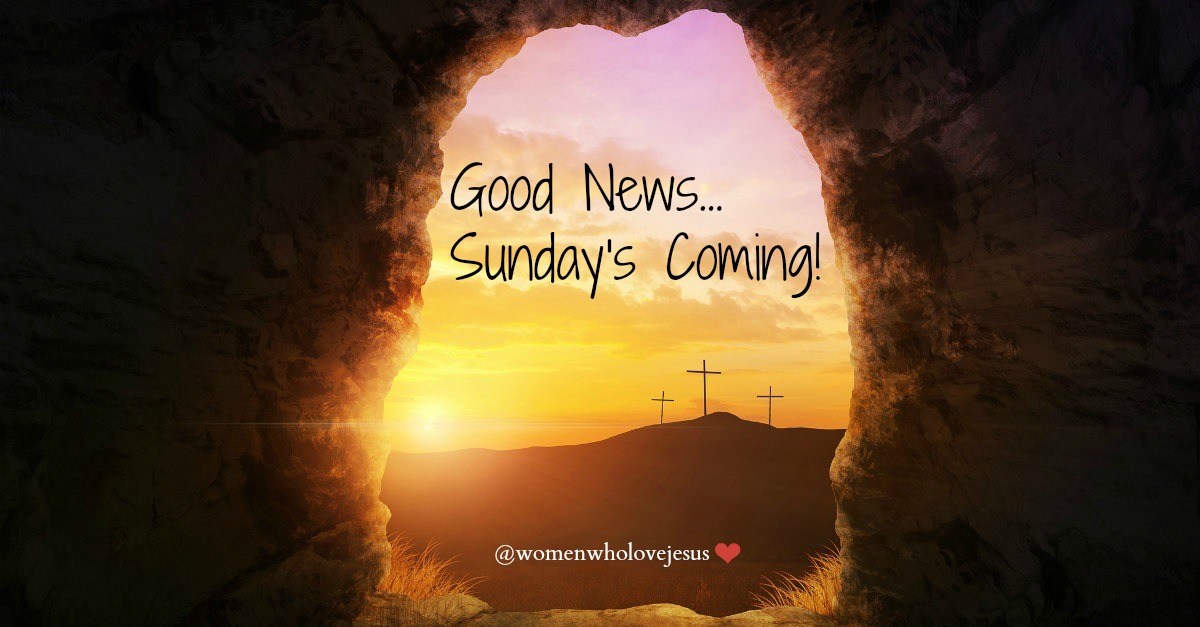